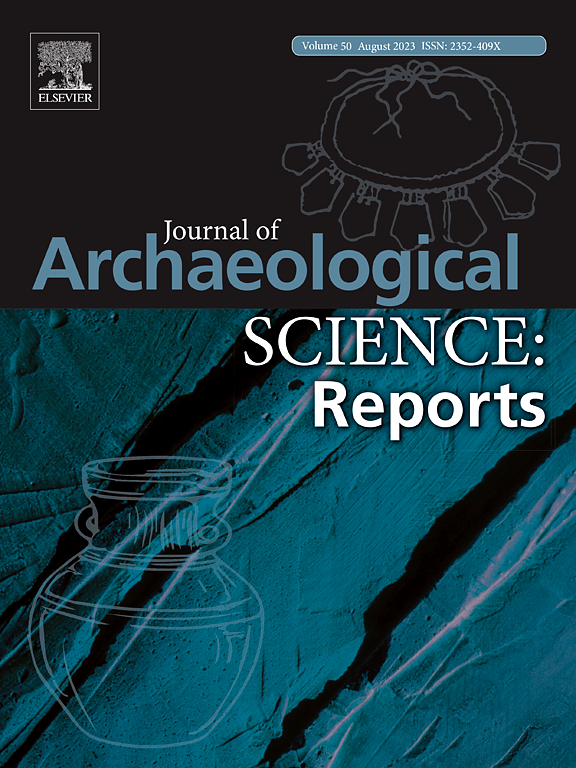 Our paper, "Traumatic injury in a cranium found at Rakhigarhi cemetery of Harappan civilization as anthropological evidence of interpersonal violence" is published in Journal of Archaeological Science: Reports.

The Harappan Civilization is notable as one of the earliest complex societies spanning the vast area of northwest India and Pakistan. To uncover patterns of violent injury among the Harappan people, anthropologists have looked for signs of trauma on skeletons. Notwithstanding the pioneering achievements made thus far, there is still more work to do before violence among the Harappan people will be comprehensively understood from the socio-cultural perspective. In this study, we report new evidence of violence-related trauma found among remains unearthed from the Mature Harappan period (2600–1900 BCE) cemetery of Rakhigarhi, located about 150 km northwest of Delhi. Briefly, in the left frontal area of the cranium of an adult female (BR12), we found a depression fracture that might have been caused by a direct blow to the skull with a round-tipped object. Since the traumatic lesion of BR12 had completely healed, the skull fracture is very unlikely to have been the direct cause of death. Our paleopathological report provides significant insight into interpersonal violence that might have occurred among the Harappan people. Proof of whether or not Rakhigarhi society was a hierarchy beset by structural violence differing by class and/or other categories, however, must await future excavations of additional areas of the Rakhigarhi and/or nearby Harappan cemetery.