Showing posts from April, 2018
Show all

[Publication] Our paper for Archaeoparasitology is published in Encyclopedia of Global Archaeology-. 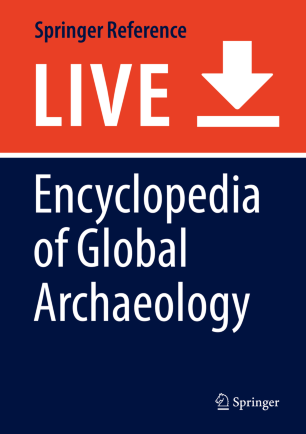 Our paper »Archaeoparasitology« (together with Reinhard, K., Slepchenko, S.) is published in "Encyclopedia of Global Archaeology" Parasites are a major cause of morbidity and mortality in the world today. Parasites are organisms that live in or on other organisms called hosts, obtaining sustenance and shelter from their hosts to carry out reproduction in host tissues and structures. Taxonomic diversity characterizes parasites, and they include a wide range of organisms ranging from single-celled protozoa to arthropods such as fleas. There are two general types of parasites: ectoparasites such as lice and endoparasites such as intestinal worms. The maladies provoked by parasites include malaria, elephantiasis, kala-azar, sleeping sickness, river blindness, dysentery, crabs, and guinea worm disease. These diseases, some commonplace and some exotic, were and are significant threats, especially for peoples whose social complexity did not include effective sanitation, hygiene
Post a Comment
Read more

[Presentation] Annual Meeting of Society for American Archaeology in 2018

I was invited to " Fossils and Ancient Genomics Symposium " hosted by China National GenBank as an invited speaker-. The conference will be held on Tuesday, 17 April, 2018, in China National Genebank, Shenzhen, China. Scientific topics include • New methods for ancient DNA processing • Archaeological discoveries • Ancient genomic analysis on non-human species • Origins, migration and introgression of humans Abstract Title : My experiences of scientific studies on archaeological specimens in South Korea Abstract： The experts from various research fields made an interdisciplinary collaboration on the biological specimens obtained from archaeological sites in South Korea. To catch vivid aspects of the ancient people’s heath and disease status, archaeologists, historians and bioanthropologists in this country continued to collaborate each other, which was proven very benefit in that the data obtained from the collaboration is otherwise unobtainable by conventio
Post a Comment
Read more