Showing posts from February, 2018
Show all

[Publication] Archaeological and anthropological studies on the Harappan cemetery of Rakhigarhi, India 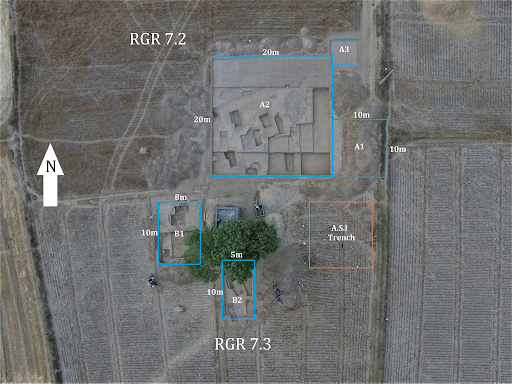 Our paper " Archaeological and anthropological studies on the Harappan cemetery of Rakhigarhi, India" is published in PLOS ONE .  An insufficient number of archaeological surveys has been carried out to date on Harappan Civilization cemeteries. One case in point is the necropolis at Rakhigarhi site (Haryana, India), one of the largest cities of the Harappan Civilization, where most burials within the cemetery remained uninvestigated. Over the course of the past three seasons (2013 to 2016), we therefore conducted excavations in an attempt to remedy this data shortfall. In brief, we found different kinds of graves co-existing within the Rakhigarhi cemetery in varying proportions. Primary interment was most common, followed by the use of secondary, symbolic, and unused (empty) graves. Within the first category, the atypical burials appear to have been elaborately prepared. Prone-positioned internments also attracted our attention. Since those individuals are not likel
Post a Comment
Read more

Anthropologist of my lab, Lee HJ visited Deccan College Deemed University, India, and did anthropological examinations on the skeletons from Rakhigarhi cemetery, along with Ms. Pranjali Waghmare and Dr. Kim YJ (Jan 27-Feb 5, 2018). Thanks for your help once again, my friends in India!!!
Post a Comment
Read more
More posts