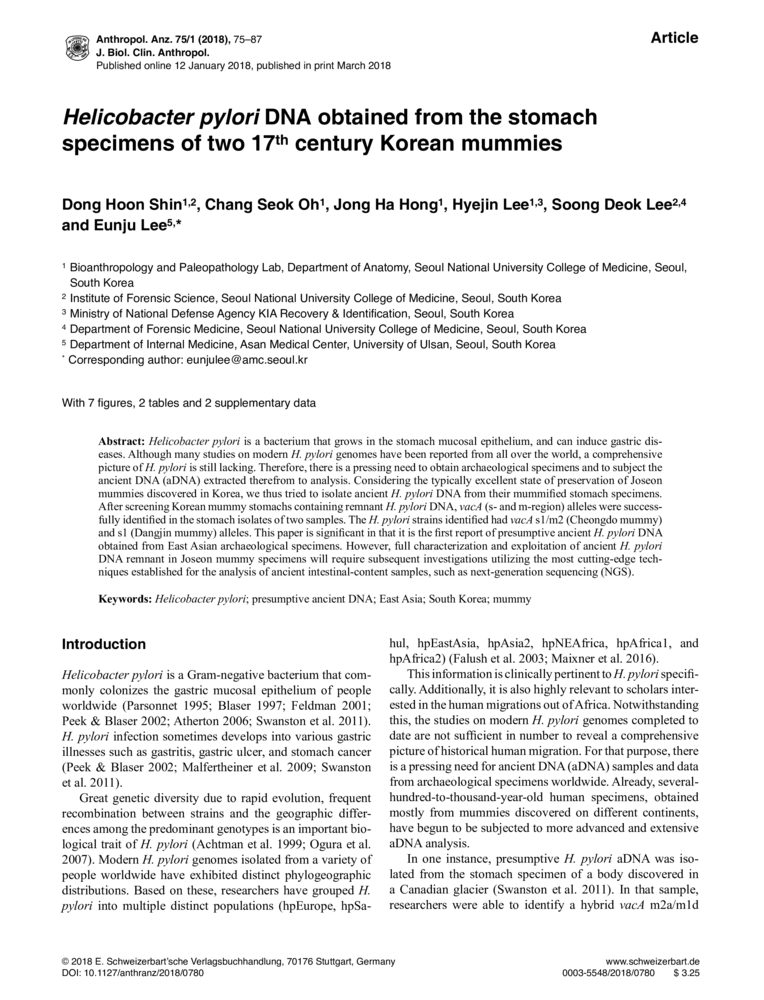 Abstract
Helicobacter pylori is a bacterium that grows in the stomach mucosal epithelium, and can induce gastric diseases. Although many studies on modern H. pylori genomes have been reported from all over the world, a comprehensive picture of H. pylori is still lacking. Therefore, there is a pressing need to obtain archaeological specimens and to subject the ancient DNA (aDNA) extracted therefrom to analysis. Considering the typically excellent state of preservation of Joseon mummies discovered in Korea, we thus tried to isolate ancient H. pylori DNA from their mummified stomach specimens. After screening Korean mummy stomachs containing remnant H. pylori DNA, vacA (s- and m-region) alleles were successfully identified in the stomach isolates of two samples. The H. pylori strains identified had vacA s1/m2 (Cheongdo mummy) and s1 (Dangjin mummy) alleles. This paper is significant in that it is the first report of presumptive ancient H. pylori DNA obtained from East Asian archaeological specimens. However, full characterization and exploitation of ancient H. pylori DNA remnant in Joseon mummy specimens will require subsequent investigations utilizing the most cutting-edge techniques established for the analysis of ancient intestinal-content samples, such as next-generation sequencing (NGS).