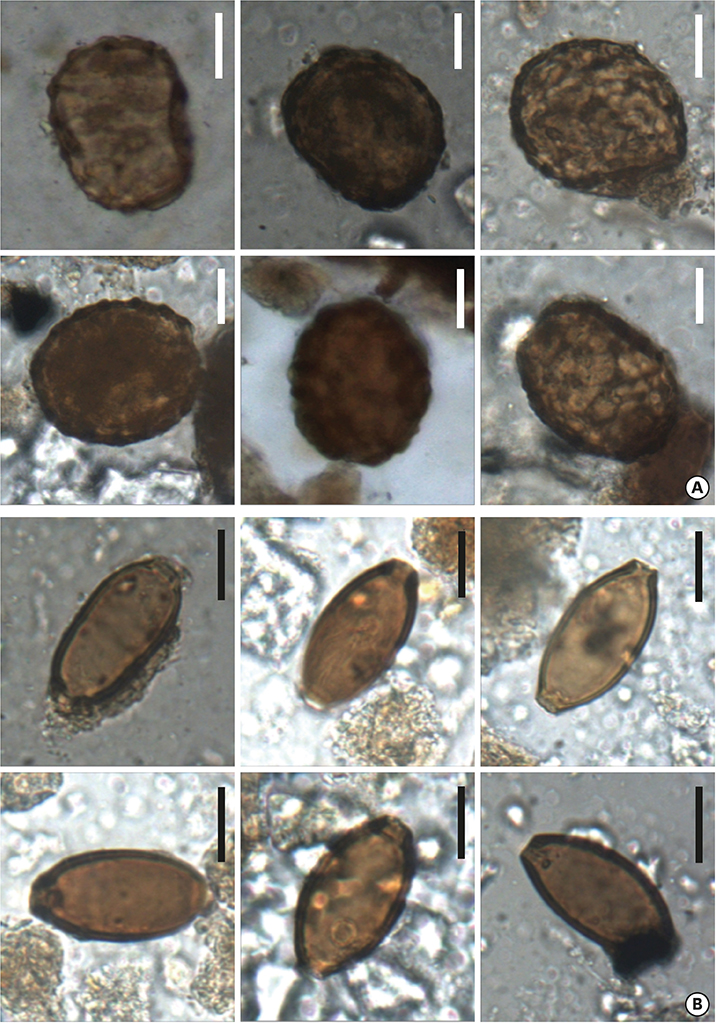 The parasitic infection patterns of the Joseon period have begun to be revealed in a series of paleoparasitological studies. However, parasitism prevailing during or before the Three Kingdom period is still relatively unexplored. In the present study, we therefore conducted parasitological examinations of soil and organic-material sediments precipitated upon human hipbone and sacrum discovered inside an ancient Mokgwakmyo tomb dating to the Silla Dynasty (57 BCE–660 CE). Within the samples, we discovered ancient Ascaris lumbricoides (eggs per gram [EPG], 46.6–48.3) and Trichuris trichiura (EPG, 32.8–62.1) eggs, the species commonly detected among Korean populations until just prior to the 1970s. These findings show that soil-transmitted parasitic infection among the Silla nobility might not have been uncommon. This is the first-ever report on the presence of ancient parasite eggs in the samples obtained from a Three Kingdom period tomb; and it also presents the earliest positive results for any of the ancient South Korean tombs paleoparasitologically examined to date.