[Publication] Mitochondrial DNA analysis of Bos taurus bone collected from ruins of the Joseon Period in a tributary of the Cheonggyecheon creek, South Korea

January 24, 2018
Our article, "Mitochondrial DNA analysis of Bos taurus bone collected from ruins of the Joseon Period in a tributary of the Cheonggyecheon creek, South Korea" is published in Journal of Archaeological Science: Reports 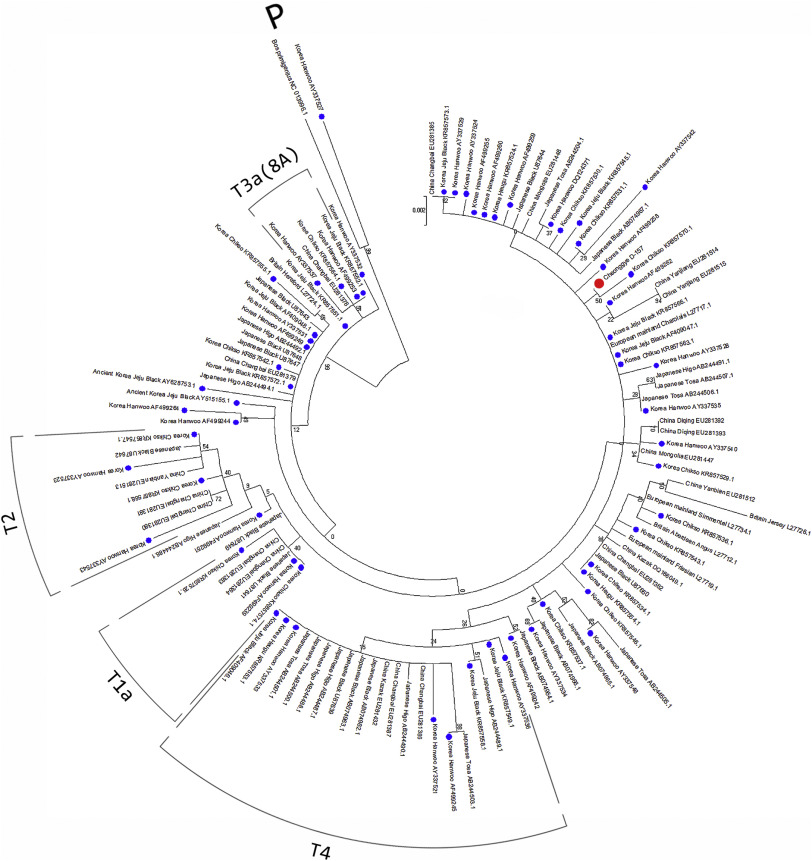 Although genetic information about Bos taurus has been successfully revealed by a number of studies, the data on ancient DNA remains insufficient with respect to cattle raised in East Asia during historical times. This is especially so in the case of South Korea, where very little genetic information on cattle DNA has been obtained, notwithstanding the significant changes in the genetic traits of cattle populations that occurred during the country's colonial period. In the present study, we have endeavored to determine the mitochondrial DNA D-loop and coding region sequences obtained from a 15th century cattle bone unearthed amid an archaeological site of the Joseon-period in a tributary of the Cheonggyecheon creek, South Korea. The consensus sequence of the cattle's mitotype, established by alignment of the individual clone sequences, was 16138C, 106C, 169G, 221 + C, 587 + C, 2536A, 9682C, 13310C (Haplogroup = T3a). Having blasted it with the sequences available within GenBank, the Joseon cattle mitotype was found to be similar to modern Bos taurus sequences from South Korea, Japan, China and even Europe, the Americas and Oceania. By completely sequencing the mtDNA D-loop and coding the regional signature of the bone, we were able to acquire invaluable information enriching our knowledge of the genetic history of the genus Bos in South Korea.