January 24, 2018
Our paper, "Horse-riding accidents and injuries in historical records of Joseon Dynasty, Korea" is published in International Journal of Paleopathology 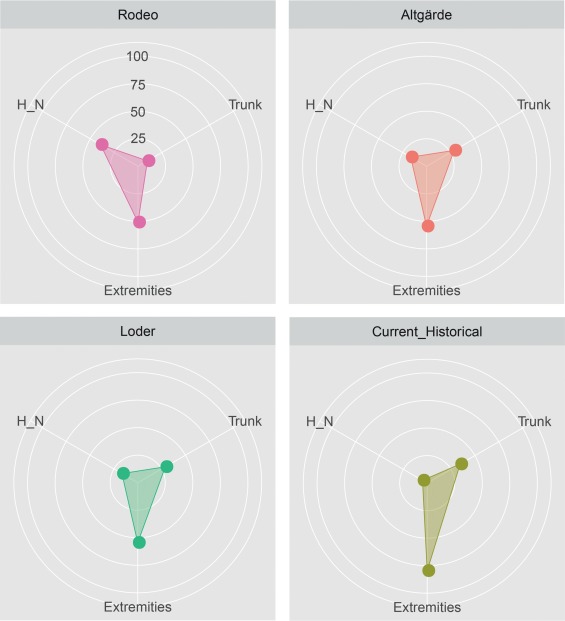 Only a few osteological reports describe bone injuries thought to have been caused by falls from horses. Nevertheless, anthropological study alone is insufficient for establishing the correlates of such equestrian accidents. We therefore reviewed the records in Seungjeongwon ilgi (Diaries of the Royal Secretariat) and Joseon wangjo silrok (Annals of the Joseon Dynasty) of the Korea’s Joseon period (1392–1910 CE). Although the mechanisms of trauma were diverse, the Joseon documents recorded many injuries caused by horse-riding accidents. During 1625–1872 CE, equestrian-related accidents occurred almost every year, overwhelming other causes of trauma. In all horse-riding accidents (n = 142), 37.77% of the records offer detailed data about the traumatic mechanism. Injuries occurred most frequently to the extremities (79.58%), which were followed by the trunk (34.5%) and head (4.92%). Although we do not think that this attempt can explain every paleopathological case, our historical review shows that equestrian-related injuries could be considered as one of the major causes for the bone trauma observed among ancient equestrian people.